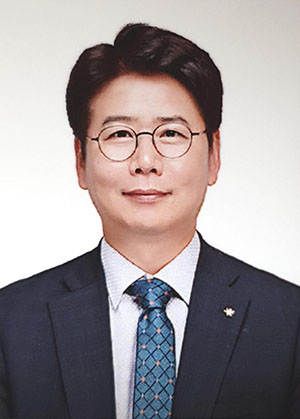 Prof. Young-Sik Jeong is a professor in the Department of Multimedia Engineering at Dongguk University in Korea. His research interests include multimedia cloud computing, information security of cloud computing, mobile computing, IoT(Internet of Things), and wireless sensor network applications. He was a professor in the Department of Computer Engineering at Wonkwang University in Korea from 1993 to 2012. He worked and researched to Michigan State University and Wayne State University as visiting professor in 1997 and 2004 respectively. Since 2002, he has been serving as an IEC/TC 100 Korean Technical Committee member, as the IEC/TC 108 Chairman of Korean Technical Committee, and as an ISO/IEC JTC1 SC25 Korean Technical Committee member. He is also an Executive Editor of JIPS(Journal of Information Processing Systems), an Associate Editor of JoS(Journal of Supercomputing) and an Editor of JIT(Journal of Internet Technology), finally an Associate Editor of Journal of Human-centric Computing(HCIS). In addition, he has been serving as a Guest Editor for international journals by some publishers: Springer, Elsevier, John Wiley, Oxford Univ. Press, Hindawi, Emerald, Inderscience and so on. He is also a member of the IEEE.

Doctor of Philosophy in Computer Science

Master of Science in Computer Science

Bachelor of Science in Mathematics